This significant improvement was made possible by actions the Governor and state Legislature have taken to expand access to broadband in all corners of Arizona.

On November 15, Governor Ducey announced a $100 million commitment to expand high-speed broadband to unserved or underserved areas of the state, making it one of the single largest broadband investments in state history.

The program will enable local communities to construct or improve broadband infrastructure that connects Arizonans in their homes and serves schools, libraries, small businesses, public safety operations and more. 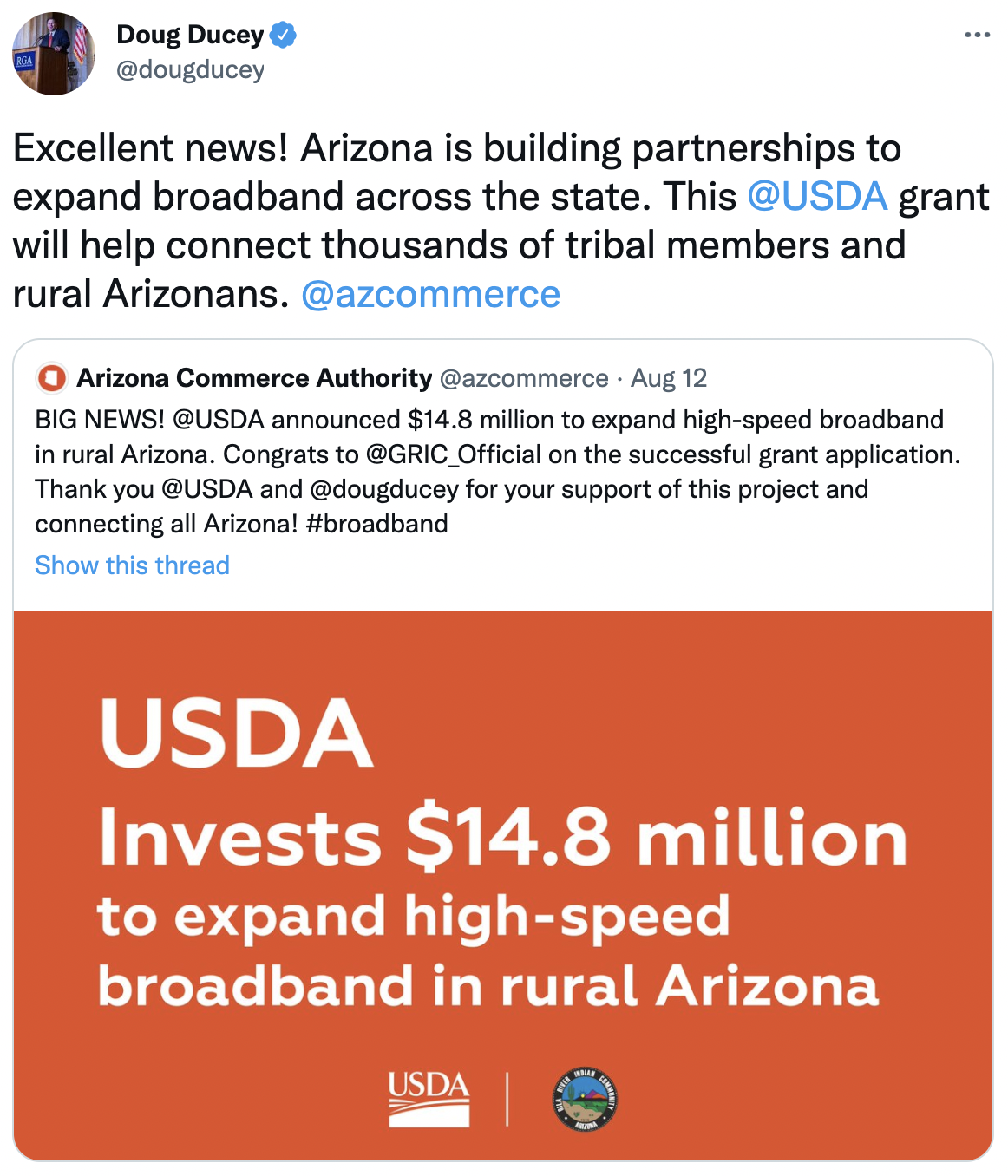 On May 10, the Governor signed legislation aimed at expanding broadband access in Arizona, advancing a commitment outlined earlier this year in his State of the State address.

The legislation allows private broadband providers to install, operate and maintain telecommunications equipment within the Arizona Department of Transportation’s (ADOT) rights-of-way. It also allows ADOT to grant access to its own broadband conduit to private telecommunications companies in a non-exclusive and non-discriminatory manner — reducing the cost of installing rural broadband infrastructure.

Introduced in the fiscal year 2021 Executive Budget and championed by the Governor, the state is investing $100 million to build broadband corridors along Interstate 19 and Interstate 17 to serve as the backbone in providing broadband services allowing for the acceleration of economic development, enhancing education, expanding access to healthcare, improving public safety, and modernizing government services.

As part of the fiscal year 2020 budget, Governor Ducey and the state Legislature invested $3 million to establish the Rural Broadband Development Grant Program, which was designed to help local rural leaders build high-speed internet infrastructure. In September 2019, the Arizona Commerce Authority opened applications for the program. The Governor’s $100 million commitment in November will bolster funding for the grants. 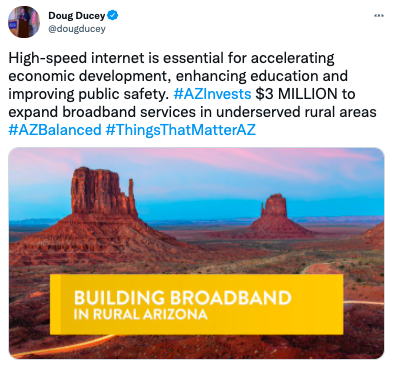 The fiscal year 2018 budget allocated $3 million to fund broadband connectivity for rural and/or high poverty schools and libraries in need of internet connections. This $3 million investment has allowed greater amounts of federal funding for these projects to be drawn down from the Federal Communications Commission.